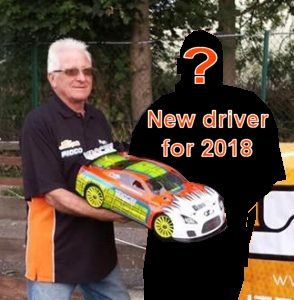 One of the legends of British IC model on-road racing. Walt started racing model cars in 1975 whilst looking for an alternative to flying planes in the usually British weather. Before long he was winning races both locally and nationally and in time became the U.K. Serpent distributor. Walt brought a unique approach to the sport, coming from a motocross background, he soon started applying his knowledge to the two stroke engines of the day to generate more power, increased reliability and most importantly: race results. The results speak for themselves – countless race wins and a few national titles in an era when there were almost as many manufacturers as there were drivers. Perhaps Walt’s most significant contribution to the sport is not in his own results, but in the talent he has guided during his time as Serpent U.K. distributor. Walt withdrew from competitive 1/8th on road racing to mentor and develop a talent named Paul Cook, who, between them, went on to cement Serpent’s dominance at the forefront of the U.K. 1/8th IC on road competition scene. Since then, Walt has been responsible for developing many an unguided talent into a championship winning racer. Since 1999 Walt has worked closely with high class drivers, once again creating that magic that turns lap times into race results.

2018 brings a brand new driver to the team promising to keep Velocity GT Racing ahead of the game.